How Exhaust Systems Are Designed

You may realise that your car's exhaust system helps to expel treated emissions created during the engine's combustion process. However, did you realise that it is composed of many different sections, each one of which has a crucial part to play in expelling these gases? Just how complex is this whole procedure?

Many years ago, auto manufacturers designed their exhaust systems to be as efficient as possible in simply expelling the gases created when the fuel is burned. In other words, the designers would beat a track to the back of the car as directly as possible. Today, however, it is understood that these gases are harmful to both the environment and to people, so additional components are required.

When fuel and air ignite, the waste product is expelled through the exhaust manifold, which is bolted to the side of the engine. This is composed of a series of pipes that gather the gases from each chamber into one main pipe. As this particular component has to endure harsh temperatures, it is typically made from cast iron.

An additional component called an oxygen sensor will normally sit here, as well. This is linked to the car's computer and helps to regulate fuel economy and emissions control during the ignition process.

The Path to the Rear

From there, a series of shorter pipes will connect the manifold to the catalytic converter. The job of this device is to create a reaction between hydrocarbons and carbon monoxide to output water vapour and carbon dioxide. This is the primary component in "cleaning" the gases so that they are fit to be expelled into the environment.

This component is not to be confused with the silencer, which is somewhat similar in appearance but is mounted in between the converter and the tailpipe. The job of this component is to deaden the noise that is typically created during the engine's compression phase, and it is filled with a large number of baffles that regulate the sound energy. Once all this has been completed, the gases are expelled through the tailpipe at the rear of the vehicle.

One or many of these components may be upgraded by an enthusiast in order to enhance performance, although output efficiency has to be maintained if the vehicle is going to pass emissions tests.

Have a word with your component supplier to see what upgrades are available for your vehicle. 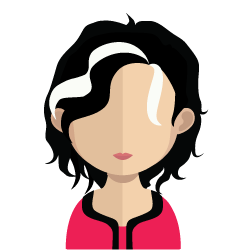 Hi, my name is Randi, and I love working with cars. I like to fix them, but I also like to improve them with cool after-market parts. From my experience, all types of vehicles benefit differently from different after-market parts. Some of them need big speakers and better stereos, while others need better tires or new hubcaps. Through years of improving my vehicle and helping my friends, I have learned a lot about spotting the best deals, figuring out what will increase the car's value the most and learning how to install different elements. If you want to learn about car accessories, I hope you explore this blog. It is something I decided to make for fun so I could share what I know with others.